Skip to content
Minion Rush is a widely popular game that can run in Android, iOS, or Windows operating systems. Various questions arise in the mind of the user when playing this game. In this section, we will sum up the frequently asked questions or FAQs of the game.

Where are the secret areas?

If you played Minion Rush, this question must arise in your mind. Frankly speaking, there is actually no secret areas in El Macho’s Lair or the Residential area. The beaches also have no secret areas. 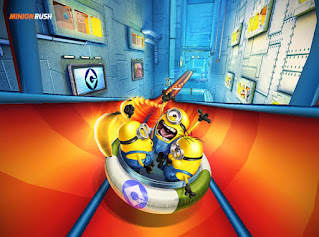 There is two secret areas, the first one is the Bank of Evil in the Downtown Area. And the second one is the Movie theater in the Mall. These are actually automatically generated when you are running.

What is the AVL envelope card in Minion Rush?

This creates a mass confusion over the players. AVL report or envelope card is nothing but a battery or energy system in Despicable ME game to run in room 1-4. When you successfully complete one mission, you lose one AVL report. You will regain another 1 report in the next 30 minutes. These are capped at 5 reports. But if you rank up or complete daily objectives, the number increases.

What to do with Bananas?

Bananas can be converted to tokens. They are actually like coins. If you have enough bananas, you can unlock power-ups and various costumes in the game. They also help to buy evil Minion and more tools that you will need.

How can I play Minion Rush on PC (Windows or Mac)

How to Get to the Moon in Minion Rush

How to Collect Stars in Minion Rush

We have a detailed guide on how to collect moon and stars in Minion Rush. Check it, if you are interested. Hope these answered questions helped you dispelling the confusion. Ask us more questions in the comment.